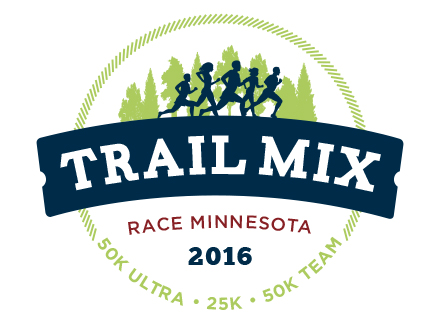 The 2016 Allina Trail Mix Races were a blast. The Trail Mix celebrated its 25th anniversary this year, making it one of the oldest trail events Minnesota. The Trail Mix offers solo 25k and 50k races as well as a 50k relay. It has been hosted at a couple of different places, but the last couple of years it’s been held at Lake Rebecca Park Reserve in Delano, MN. Most years Gear West puts together a 50k relay team, and in 2015 we came agonizingly close to winning. We were second by less than a minute (I can’t find full team results from last year? Can anyone help?). Most years our team is anchored by Matt Liebsch, our amazing nordic ski marathoner. Put him on a trail, with snow or not, and he flies.

The weather was unseasonably warm, except that the last three years have been super warm in mid April, so maybe I should say it was seasonably warm. I had been running in 20-40 degree weather for the last couple of months, and a high of 75 and race start at 10:30am was not looking peachy. Maple Mike and I got there an hour and a half before race time, partially to watch other Gear West employees and friends run the 25k (owner Jan Guenther and paddling extraordinaire Dana Henry), but mostly just because as runners that’s what you do - get there early to do all those little things like pin on numbers, walk around, talk to friends, and warm up.

This wasn’t my first time running at Lake Rebecca Park Reserve. Last year in the Solo 25k I finished 3rd overall. I knew the course pretty well, but Maple was new and wanted to get an idea of what he had gotten himself into. We eventually met up with Nistler and Liebsch (who was almost late) and tried to go for a warm up run. This is where I made my big mistake. One of the most important “rules” in racing is to never try something new on race day. Well, right before our warm up Nistler took some Hammer Race Caps Supremes, and when I asked why he took them, he said, and I quote, “These things make you feel good.” I wanted to feel good, so I decided to try them. 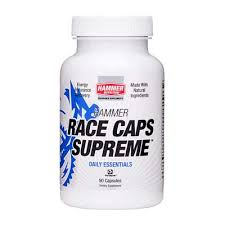 4k into the 12.5k race I was not ‘feeling good’ anymore. Nistler’s fault? Of course! Admittedly, there were a few other factors in play as well. First, we got out a little hard. Secondly, it was HOT! I’ve never been a hot weather athlete, partly due to my relative size and partly due to my wimpish nature. The point is, I break down when it’s hot. Combine that with the rough, uneven terrain associated with trail races, and 4k into the race I was ready for the finish line. Unfortunately I had a few more hills to traverse, some wide open plains to run through (no shade!), and 8.5 more K.

Fortunately Three Rivers Parks put on a great event to make up for my lack of preparedness, and even though I had to serve myself at the aid stations (can’t anyone hand me a cup? #1stworldproblems) they had everything you could possibly want. I stayed well hydrated and relatively cool by drinking one cup of an unnamed energy drink and pouring one cup of water over my head at every aid station. Man that’s a lot of work! I still felt overheated at the 8k marker, but had finally managed to break away from the lead pack.

My strategy from that point on was to take the uphills extremely easy. Any time I would accelerate  I would overheat and start feeling like I had to throw up. I did manage to ‘crest’ the hills, or surge a little bit as they flattened out, and then continue to run steady any time it was a flat or a slight down hill. The Lake Rebecca course is consistently rolly, so I was doing a lot of relaxing on the uphills and trying to recover while not trashing my quads on the downhills.

10k was the low point of the race for me. If someone had caught up to me there, I wouldn’t have had another gear, as I was on the struggle bus. It was definitely the point of the race where you’re thinking, “15 more minutes of pain? I can’t make it!” I did make it, I won individually, Gear West and the Salomon Racing Team got their redemption and won the 50k Relay competition (and got some sweet mugs and plaques as prizes), but in those last few K I decided to never do another trail race ever again. 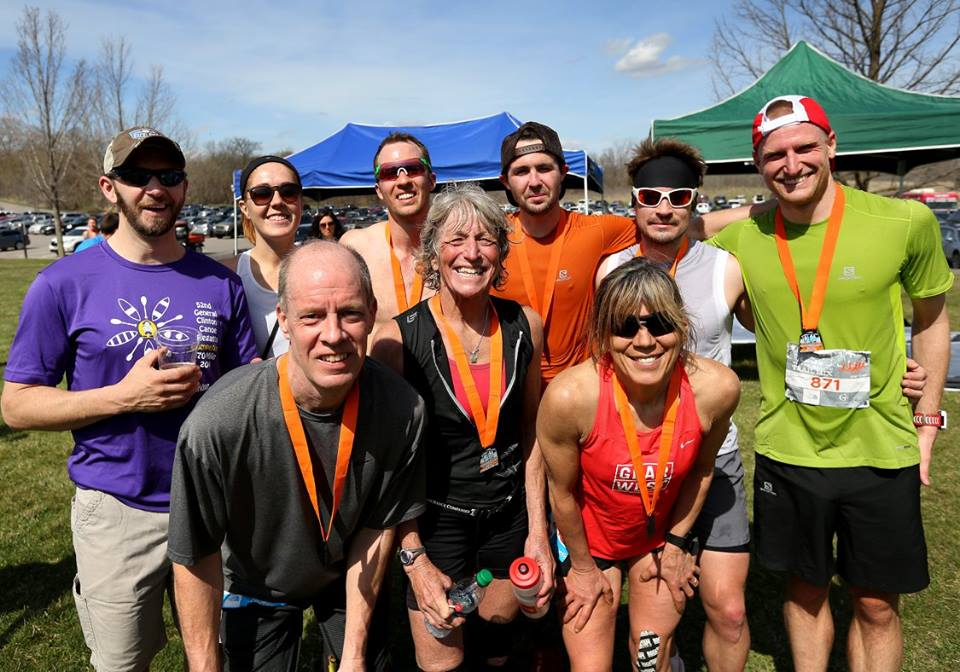 P.S. See you on May 22nd at the Salomon CityTrail Race, I signed up for the 10 miler. What am I doing?